Clayton Equipment Ltd is a progressive company that continually strives to build for the future.

Although extremely proud of our recent achievements, we are a company that retains a strong bond with our past. A history that has been the springboard for the success that we enjoy today.

Founded in 1931 by Stanley Reid Devlin, The Clayton Equipment Company Ltd, as it was then known, began life as a single person operation manufacturing goods and spares parts for Clayton Carriage and Wagon equipment. Clayton Carriage and Wagon had gone into receivership at the start of the Great Depression, and as their former Chief Draughtsman, Devlin took the opportunity to establish a new company to provide maintenance for the existing range of products.

As the business grew and diversified, Devlin obtained an office at International Combustion Ltd. and traded from there as Clayton Equipment, Sinfin Lane, Derby, until the outbreak of the Second World War. The conflict saw him seconded to run a factory producing war materials, but when peace came to Europe in 1945, Clayton responded to the huge shortage of industrial goods by producing general and structural steelwork, farm buildings, conveyors, elevators and submerged ash conveyors.

By 1946 the company had expanded sufficiently to acquire new premises at the Record Works in Hatton, Derbyshire, where the large site allowed Clayton to continue to develop as a business. New workshops and offices were erected and machinery installed to help build a wide variety of locomotives and industrial equipment that were exported to countries such as Australia, New Zealand, Poland and Korea. A number of diesel electric locomotives were also made for the domestic market, as British Railways began their modernisation program.

International Combustion Holdings Ltd acquired a 100% shareholding of Clayton in 1957, but the company continued to operate autonomously as an entirely self-contained and self-supporting unit. A £5 million contract by British Railways for 88 mainline diesel electric locomotives followed during the same year, supplemented by a £1.75 million order for ten 2,500 hp models that were exported to Cuba. Sales of mining and tunnelling locomotives, which were primarily for the export market, also continued to rise.

In 1962, pit ponies were removed from mines in the United Kingdom and British Coal expressed an interest in using small locomotives to help remove material from their pits. Clayton supplied a number of these machines which were put into service, before being asked to develop a locomotive that could negotiate steeper gradients. This lead to the development of a special rubber tyred locomotive, which produced spectacular haulage and tractive results, that became the de-facto standard used by British coal. Within a few years 180 staff were employed by Clayton Equipment focused on designing and building a wide range of flameproof locomotives for British coal mines.

The decline and eventual demise of the British coal mining industry had a huge impact on Clayton Equipment Ltd. It reshaped the business from an organisation heavily geared towards the domestic customer, to a company able to compete on the global stage. A major marketing drive to expand into overseas territories and diversification into the tunnelling and construction sectors was essential. This proved to be a huge success, and today over 90% of equipment is produced for the export market.

Ownership of Clayton changed hands several times over the next thirty years, during which time Clayton established itself as a market leader in underground rail haulage solutions. International Combustion was acquired by Clarke Chapman Ltd of Gateshead in 1974 and in 1979 the organisation merged with Reyroll Parsons of Newcastle to form a new company called Northern Engineering Industries. Ten years later, Northern Engineering Industries (NEI) was acquired by Rolls-Royce as part of a strategy to diversify its product line into industrial power, and Clayton Equipment became a part of the Rolls-Royce Industrial Power Group.

In 1994 Rolls-Royce divested itself of the remaining companies within the Northern Engineering Industries Mining Equipment Group, retaining only Clayton Equipment. Consequently, the company was put under the control of Rolls-Royce Materials Handling based at Gateshead and then later Rolls-Royce Industrial Businesses in Derby.

From humble beginnings to an unsurpassed global reputation 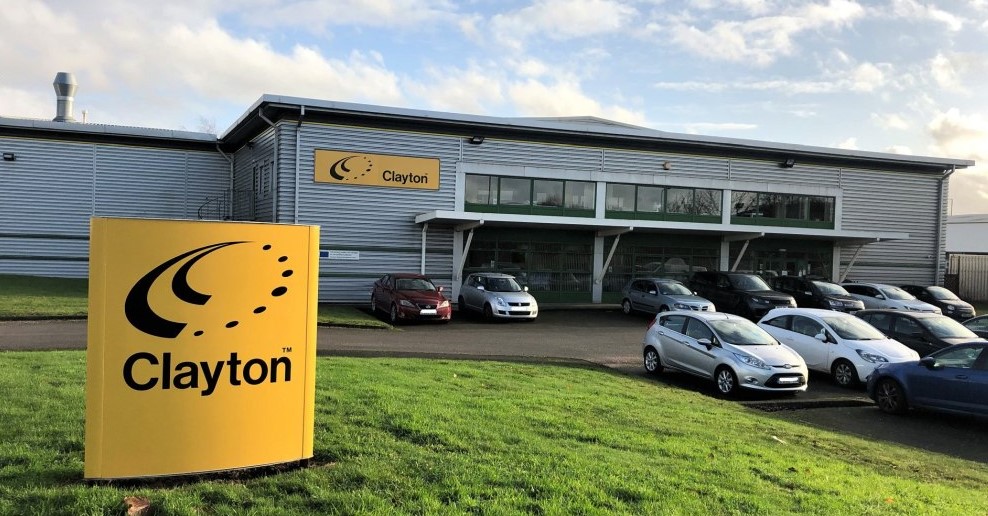 In March 2005, after 50 years as a subsidiary of major British organisations, Clayton Equipment once again became an independent company and immediately entered a highly successful period of independent trading.

In the first 6 months alone, contracts were agreed with both established and long-standing customers including UK Coal, Anglo-Ashanti in Ghana, and Bord na Mona in Ireland, as well as new markets such as the Russian Transgas Tunnel project in Siberia and a mining operation in Iran.

Self-governance also allowed Clayton to explore the possibility of moving to new premises, as the Hatton site no longer reflected the existing needs of the company or provided the modern facilities needed to drive the business forward. Requirements were drafted and a strategic search for a new facility undertaken, culminating in the relocation of both Clayton’s office and factory operations in 2006.

The new site, an expanding modern business park called Centrum 100, was located in Burton Upon Trent. The building was designed to ensure that the flow of products through the factory progressed in the most structured and efficient manner possible. The relocation process was planned meticulously and completed with the loss of just a single week of production time.

Clayton Equipment has continued its dominance of the market and enjoyed sustained success in both mining and tunnelling. In 2007, the company developed the world’s largest steel tyred flameproof locomotive, which offered unrivalled haulage capacity. This was followed in 2009 with creation of the largest ever rubber tyred flameproof locomotive. These two machines formed part of an extensive modernisation of Clayton’s flameproof range of locomotives, delivering improved reliability and safety.

In 2012 the company was honoured to receive a visit from a Royal member. Having received a tour of the offices and manufacturing facility, His Royal Highness delivered a speech to the staff in a marquee erected in the grounds.

Today, the future for Clayton Equipment remains firmly with mining and tunnelling locomotives, along with metro and shunting locomotives, locomotive conversions and rail equipment are seeing the company expand and safeguard another 90 years of innovation.